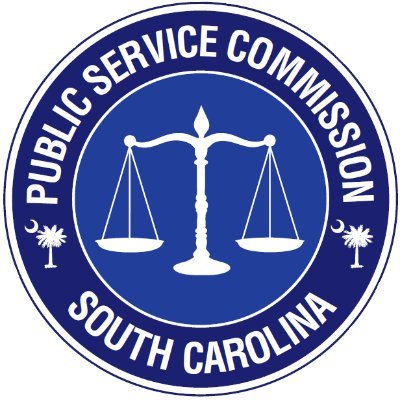 In a 4-2 ruling the Public Service Commission of South Carolina rejected the Integrated Resource Plans (“IRP”) filed by Duke Energy, finding that the utility’s IRP was not consistent with the requirements of South Carolina’s Energy Freedom Act and needed extensive modification. The decision was announced on June 17, with a written Directive Order issued on June 18. A full, detailed written Order will follow within the next several weeks.

This is the second time in as many dockets that the PSC has rejected a utility’s IRP under the Energy Freedom Act, also known as Act 62. The Commission had previously required Dominion Energy South Carolina to return to the drawing board, and has now done the same to Duke. Act 62 requires the Commission to consider whether the proposed IRP, which details the utility’s generation plans over the next 15 years, represents the “most reasonable and prudent” plan considering all the circumstances. Duke had presented multiple potential energy generation portfolios in their IRP, filed in September 2020. In the announced decision, the Commission decided to return the IRPs to the company, and ordered Duke Energy to make numerous modifications to the plans and to change the way the company prepares future updates and IRPs.

Duke’s IRP contained several proposed portfolios, all of which planned to close coal-fired power plants across the Carolinas over the next 10-15 years. The plans, however, had different schedules for those closures. All but one proposed portfolio replaced those units with a large amount of natural gas-fired units while pushing development of renewable resources off until the late 2020s and into the 2030s. The Commission rejected that approach and sent the plans back to Duke to be reworked.

In particular, the Commission required Duke to choose one portfolio as the most reasonable and prudent portfolio, rather than proposing several very different plans. The order also targets Duke Energy’s measure of future prices of natural gas, solar facilities, and battery storage, finding that the measures used by Duke were not reasonable. The Commission also ordered Duke to take into account the increasing number of newer tracking solar systems and to raise its arbitrarily low limits on future interconnection of renewable energy generators to the electric grid.  In short, Duke has been ordered to remodel its plans over the next 15 years using different pricing and reliability inputs, which should result in less natural gas and more renewable energy being included in the company’s long term plans.

In addition to the changes to the 2020 IRP, the Commission ordered Duke to make numerous adjustments to how they will develop future IRPs. These adjustments include more detailed analysis of energy efficiency and demand-side management programs, reconsideration of assumptions about winter and summer peak loads, and different statistical approaches to evaluating risk and comparing various portfolios against each other.

CCEBA expects most of these changes to result in a lower emphasis on natural gas as a replacement technology for coal-fired power plants and a greater role for solar and other renewables. Most importantly, the decision shows that the SC PSC takes its role under the Energy Freedom Act seriously, and intends to hold utilities to their own responsibilities.

CCEBA General Counsel John Burns represented the interests of CCEBA members in a nine-day hearing on this matter in April, together with outside counsel Richard Whitt and Ben Snowden. The effort would not have been possible without Peter Stein and his team at Cypress Creek Renewables or Hamilton Davis and his colleagues at Southern Current. CCEBA is proud to have worked closely with other stakeholders such as Vote Solar, Sierra Club, South Carolina Coastal Conservation League, Southern Alliance for Clean Energy, Upstate Forever, and the Natural Resources Defense Council in achieving this result.

Any questions can be directed to the undersigned at: counsel@carolinasceba.com.